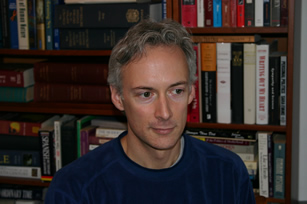 Peter C. Engelman started at the Project as a graduate research assistant in 1989. He has a B.A. from Connecticut College, an M.A. in American History from NYU, and is a graduate of NYU's Program in Archival Management and Historical Editing. He also received training in historical editing at the NHPRC's Editing Institute. Peter works for the Project at the Sophia Smith Collection, Smith College. He is engaged in all facets of editing work, including selection, research and writing, assists in grant research and writing, and is responsible for writing and editing the Project's Newsletter.

Peter has written widely on Sanger and the birth control movement, including articles for reference works and several periodicals. His book, A History of the Birth Control Movement in America, was published by Praeger in 2011. He also wrote the foreword to a reprint of Sanger's Pivot of Civilization (Humanity Books, 2003) and served as a consulting editor for What I Owe to My Father, an essay by Alice Stone Blackwell published by the Blackwell Trust in 1999.

You can contact Peter Engelman by e-mail at pengelman@comcast.net.