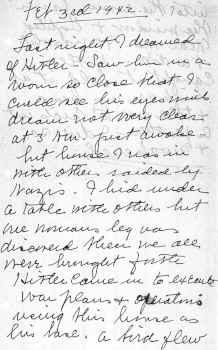 Margaret Sanger left a voluminous archive of over 120,000 letters, speeches, diaries and organizational and legal records documenting her long and eventful life. Our goal in creating this volume has been to highlight Sanger's distinctive voice and illuminate the multiple narratives of her life and work. Our choices were governed by our desire to document critical events, major themes and central issues of Sanger's life in the years 1900 to 1928, and to reveal her thought processes and modes of expression. Some 80% of the documents selected for this volume consist of letters, augmented by articles, speeches and selections from Sanger's pamphlets, journals and diaries. We have focused on including letters written by Sanger unless an incoming letter provides indispensable context that cannot be adequately summarized, offers critical information about Sanger and her agenda, or when Sanger's outgoing letters have not been preserved. We have also included a representative selection of letters written to Sanger by those seeking birth control advice. All but a few of the vast number of organizational and legal documents have been excluded. Documents are printed in their entirety with the exception of pamphlets, diaries and journals (entries were selected from the larger document) and testimony and newspaper interviews (we have included only Sanger's contribution).

Margaret Sanger not only led the American movement, but also sought to globalize birth control by organizing international conferences and cultivating contacts among scientists, economists, social reformers and population control leaders around the world. Much of her international work was, by design, conducted independently of her leadership of the U.S. movement. We have, therefore, omitted documents relating to her international work from this and the two subsequent volumes of this edition, and will gather them in a separate (fourth) volume.

The majority of source texts used for this edition are unique, but when there are multiple versions of letters, the recipient's copy is used. In the case of multiple drafts of Sanger's speeches or articles, we generally chose the one that most closely resembles the final version. Occasionally a composite text was created from various incomplete versions (ex. incomplete drafts of speeches with additional portions from published sources). Exceptions to these guidelines are noted in the head notes or endnotes. Variant versions of documents are cited in the source notes.

Organization and Format of the Volumes

Documents in the volumes are grouped into chronological chapters. Because this is such a highly selective edition, we have sought to provide narrative and chronological links in brief essays introducing each chapter. Each document is preceded by a header identifying the author, recipient or title. Explanatory head notes sometimes appear above documents to provide context, or explain issues or events relating to their creation. Documents are arranged in chronological order, and within that in alphabetical order by author. Documents written on the same day are placed in the order in which they were written. Documents dated only by month and year are placed at the end of that month. A unnumbered source note follows each document providing an abbreviation to describe the physical characteristics of the source text and its provenance, followed by its microfilm location, information on variant versions, notes on enclosures, anything notable about its physical condition (e.g. water stains; ink blots), and other identifying information (letterhead, Sanger's return address, etc.).

Our transcription goal was to retain the authorial voice, color and tone of the original by reproducing the source text as accurately as possible. Original spelling, punctuation, paragraph division, abbreviations, ampersands, superscript, and other idiosyncrasies have been preserved, as have underlining and double underlining for emphasis (though text underlined more than twice is rendered as double underline). Authors' use of initial capitals, and capitalization as a means of emphasis has also been preserved. When capitalization could not be determined, we have adopted standard usage. Terminal punctuation rendered as long dashes or periods has also been retained. However, when sentences are terminated by the use of extra spaces, or when terminal punctuation is missing, the editors have silently supplied terminal periods.

Words or parts of words that are illegible or missing in the source text are, wherever possible, supplied by the editors, (rendered as entire words) in italics within square brackets. When the supplied information is conjecture, the editors have followed that portion with a question mark. If the information cannot be supplied, the missing portion is rendered as [illegible] or [pages missing or torn].

To insure a more readable text we have standardized the following elements: the first letter of each sentence is always capitalized; new paragraphs always begin with the first five characters indented; the complimentary closing is run into the last paragraph of letters; and signatures are always placed at the right margin beneath the text. In typed, signed letters, the handwritten signature is indicated by [signed] or [initialed], following the name.

The place/date lines are always located flush to the right margin; the salutation flush to the left margin. Document dates and places written or typed by the author are rendered as they appear on the original, though in place lines, street addresses and county names have been omitted. For missing or incomplete dates, the editors have supplied the missing portion in standardized form. Dates or places added to the documents by the recipient or a third party have been omitted.

In letters written by Sanger, home and hotel addresses have been retained, but appear in the source notes. As Sanger often used whatever paper or stationary was at hand, we have determined that letterhead alone is not sufficient to identify the place of origin. In these cases, Sanger's location has been verified, and the missing place is supplied in standardized form. For all letters written to Sanger, places of origin derived from letterhead are accepted and rendered without italics and brackets. Places of origin do not generally appear in speeches and published writings; if a place is associated with such a document, it is provided in the source note.

Typographical errors and obvious slips of the pen have been silently corrected, and closing quotation marks or parentheses silently supplied. Cancelled text, interlineations, and/or other corrections and additions to the text by the author have been retained and indicated through symbols. Interlineations within the text are rendered within up and down arrows; author insertions or intended interlineations that appear elsewhere on the original (in the margins, or on the reverse, often with an arrow or other mark directing its intended placement in the text), are placed at the appropriate location in the text. Insertions that can be linked only to a paragraph, are placed at the end of that paragraph, with an endnote indicating its location on the original. When an author's insertion or margin note cannot be linked to a specific point in the document, it is placed below the signature, preceded by an editorial note describing its location on the original. Margin notes made by someone other than the author are described in endnotes if linked to a specific portion of the text, otherwise, in the source note. Because the originals are available on microfilm, general routing notes (including stamps, collection names, dates, etc.) as well as marks by archivists, researchers or others made well after the document was created, have been omitted.

Source notes are followed, when needed, by one or more numbered endnotes which identify persons (and correct or identify partial names, nicknames, initials, and misspelled names), places, organizations, technical, medical or legal terms, publications (with bibliographic reference), abbreviations, archaic and foreign words or phrases; explain textual complexities in transcription; and contextualize events which are not explained elsewhere in the document, chapter essay or headnote. Notes may also point the reader to related material in the microfilm edition, and summarize documents excluded from the volume in order to furnish context (when quotes are used in head notes and endnotes, we have inserted ellipses to indicate omissions). The editors have tried to identify every person mentioned in the text, generally at the first full mention in a document. Location of the first biographical identification is noted in the index. Editors have not indicated when people or places are unidentified, though unidentified events and documents are noted.