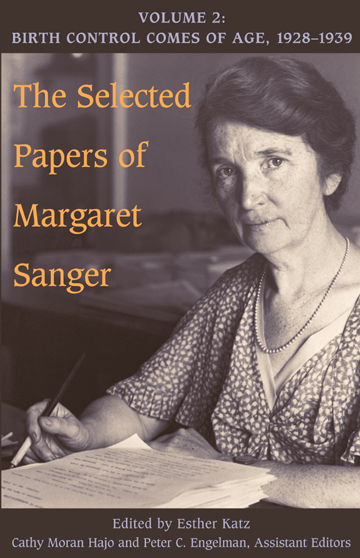 Volume II documents a difficult period for Sanger as she faced sustained political opposition to getting birth control legislation passed. Documents will track the unsuccessful efforts of her Congressional lobbying group, the National Committee for Federal Legislation on Birth Control, as their repeated efforts to amend the Comstock Act, as well as failed efforts to incorporate birth control into New Deal public health programs. It also will trace efforts to expand the reach of birth control clinics to rural and African-American women as well as Sanger's decision to shift from legislative to judicial reform. The success of the 1936 U.S. v. One Package decision overturned a major portion of the Comstock Law, resulting in Sanger's reluctant decision to reunite her Birth Control Clinical Research Bureau with the ABCL in 1939 to form the Birth Control Federation of America, an organization managed by public relations professionals, which in 1942 became the Planned Parenthood Federation of America. The volume will close with the growing threat of war in Europe and Sanger's efforts to assist the flight of German sex reformers and physicians.

Volume II was published in 2007 by the University of Illinois Press.