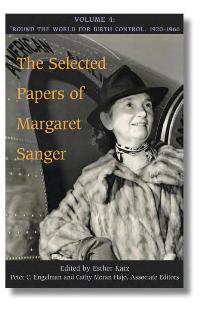 Volume IV is devoted to the most understudied and least understood aspect of Sanger's career -- her international work. Beginning with her visit to post-World War I Germany, it carries Sanger through her groundbreaking tour of Japan and China in 1922, her 1930s trips to the Soviet Union and India, and her several postwar trips to Japan and India, the volume documents Sanger's active promotion of birth control clinics throughout the world. Volume IV covers her interwar travels to Europe and Asia, the historic 1927 World Population Conference in Geneva, which Sanger organized, along with subsequent international birth control conferences from 1930 to 1961, as well as the Birth Control International Information Centre, a clearing-house for the exchange of ideas and practical information. The volume also addresses Sanger's post World War II revival of international support for birth control, documenting the backlash of post-Holocaust rejection of the eugenics movement and the pro-natalist voices of those whose populations were decimated by the war. It traces the founding of the International Planned Parenthood Federation (IPPF) and illustrates the relationships between population controllers and many feminist and health-oriented birth controllers. The volume closes with Sanger's efforts to maintain control over the direction of the IPPF even after her resignation as president, not only by trying to choose her successor but by attempting to ensure that the new leadership not ignore the primary importance of a feminist-based commitment to birth control.

Volume IV was published by the University of Illinois Press in April 2016. It is also available in E-Book.